Annette Chan
Annette is a freelance journalist and copywriter based in Hong Kong. She has written extensively about food, travel, and culture in Hong Kong and Asia at large, and counts intersectional feminism, alternative music, and beauty as her some of her main interests.

50 round dumpling wrappers (storebought or homemade)

For the dipping sauce

While dumplings exist in some form or another in many international cuisines — pierogi, momos, and ravioli are just a few that spring to mind — perhaps the most famous version is the Chinese jiaozi.

According to Chinese folklore, these crescent moon-shaped dumplings date back to the Eastern Han Dynasty (AD 25–220), when famed Chinese medicine practitioner Zhang Zhongjing invented them while visiting his hometown during wintertime. As the legend goes, Zhang stuffed stewed mutton, chillies, and warming medicinal herbs into small, ear-shaped dough parcels — which he dubbed jiaoer, or “delicate ears” — and gave them to the townspeople to help them ward off frostbite.

As a hearty, affordable, and endlessly customisable dish, jiaoer (now known as jiaozi) gained popularity over the centuries. Thanks to their resemblance to yuanbao (ancient gold and silver ingots), jiaozi are now seen as a symbol of wealth and prosperity, and are commonly eaten on the eve of Chinese New Year, though they’re a popular year-round staple in the colder northern regions. 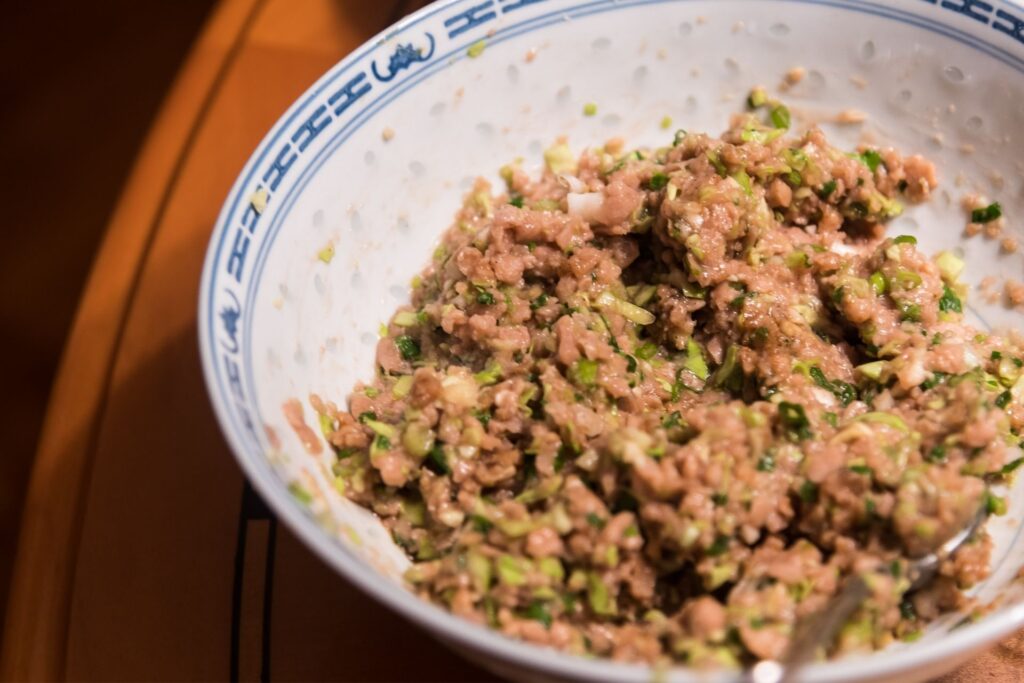 There are countless options when it comes to jiaozi fillings, but the humble pork and cabbage dumpling is a perennial favourite among the Chinese diaspora. It’s a classic combination you’re just as likely to find at a streetside noodle stall in Beijing as you are in a family-run takeaway in the UK.

Now, the increasing accessibility of plant-based meat substitutes is making it easier than ever for home cooks to replicate this comforting dish without any animal products – and the more “rustic” nature of jiaozi makes them far less intimidating than the thin-skinned dumplings found in Cantonese dim sum. 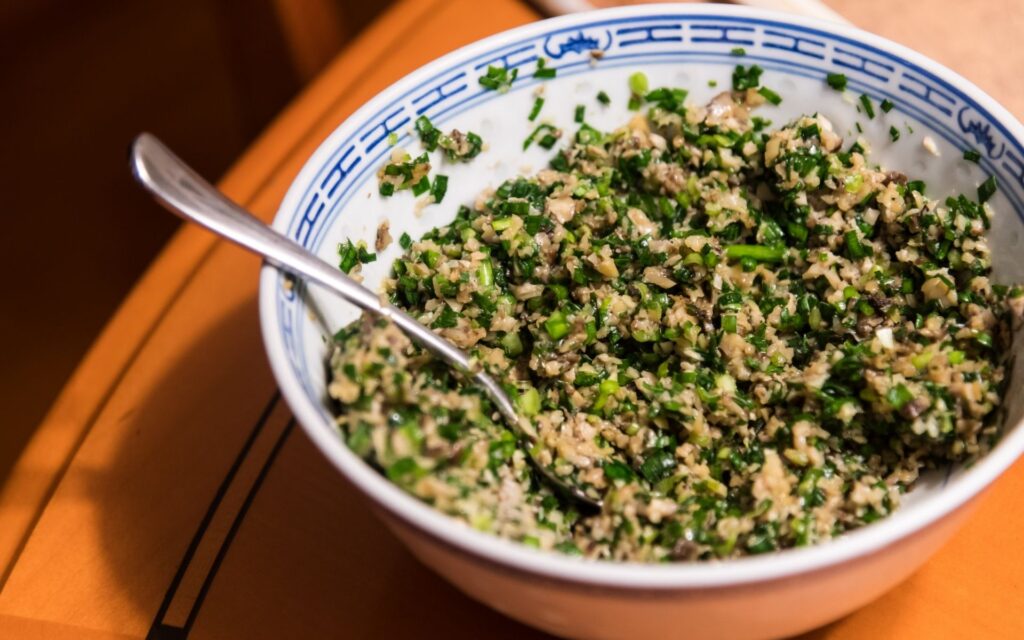 Both these variations of vegan dumplings — with plant-based pork and the vegetable base — are equally delicious, though first-timers may find the first filling easier to wrap as the plant-based meat acts as a binder. Think of this recipe as a beginner-friendly guideline rather than a carefully calibrated set of directions. Being able to customise everything — either out of preference or ingredient availability — is the beauty of making dumplings at home. That, and being able to freeze them for the times when you don’t know what to cook.

Check out more vegan recipes like these vegan Chinese dumplings.