If you have had a plant, you probably never thought about giving them salty water, but this is precisely what Rafael Monge, 45, does on his allotment in Sanlucar de Barrameda, Cadiz in South Spain.

Navazo, as this agricultural style is called, was the traditional way of cultivating at the Guadalquivir’s estuary, since the Arabs were in Al-Andalus more than 500 years ago. “I bet for sustainability,” says Monge. “The Navazo comes from when man co-existed with nature and reaped the benefits, not only from what he grew but from the environment he lived in.” So, they were compelled to look after nature.

Navazo is practised in coastal areas where the ocean water mixes underground with fresh water. Thanks to this, most of the time, vegetables can grow without any action, as they soak their roots in wet soil. But when farmers began using agriculture techniques, they dug wells, called tollos, to secure a reliable harvest. The water from this tollos has a third of salt compared with seawater. Monge only receives water from the surface, where the salt levels are lower.

Not every plant reacts in the same way to this type of cultivation. Tubers, Monge explains, get stressed when they notice a higher sodium level and create glucose on their roots. Indeed, potatoes from this specific zone have immense fame because of their sweetness. 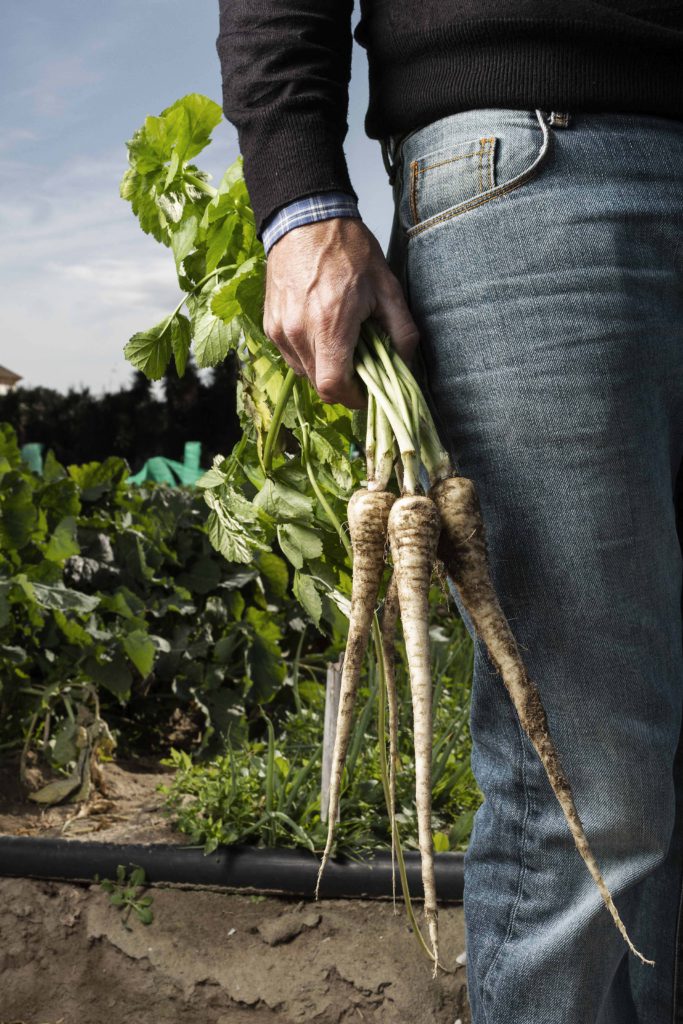 This fame can be a problem at consumer levels, too. Providers may say that the potatoes come from Sanlucar, but not all the farmers use the same technique. “Because the saltiness reduces the final outcome, many farmers stopped using tollos and started using regular water,” explains Monge.

In fact, most of his neighbours have turned their backs to this style of farming because it’s less effective. “Regularly, I have one-third less production than my neighbour. With an excellent product, though,” he says.

Another feature of the Navazo are the bardos, natural dunes which act as walls. They avoid evaporation and maintain temperature: “Those were the first natural greenhouses,” says Monge. They also help keep soil and its biodiversity healthy.

Monge’s has an allotment of 3,000 sq m, and he’s getting ready to add a thousand more. The production is still “very tiny”, but his products have already drawn the attention of some chefs exploring the benefits of vegan diets. “The scents and flavours persist,” says Paco Villar, chef at Terra Olea Restaurant, who has relied on Monge’s produce for over a year. “It also adds value, because they are unknown products, never tasted by our guests.”

The saline agriculture farmer also sells surprise boxes to people who are on a waiting list. Monge says some people from the UK have also contacted him, but due to the small size of his production, the transport costs aren’t sustainable, for now.

“The magic of nature is that what it gives is unpredictable,” Monge says. “I think it is attractive because every three or four weeks, the products in the box are going to be different, according to the products that are ready.”

You can get a box with a mix of sustainable vegetables. Among them are guisantes de lagrima (tear peas) — very juicy and with a thin skin and an explosion of flavour — or a selection of carrots with several colours, textures and shapes. “I am an agricultural designer, not just a farmer,” he tells me. 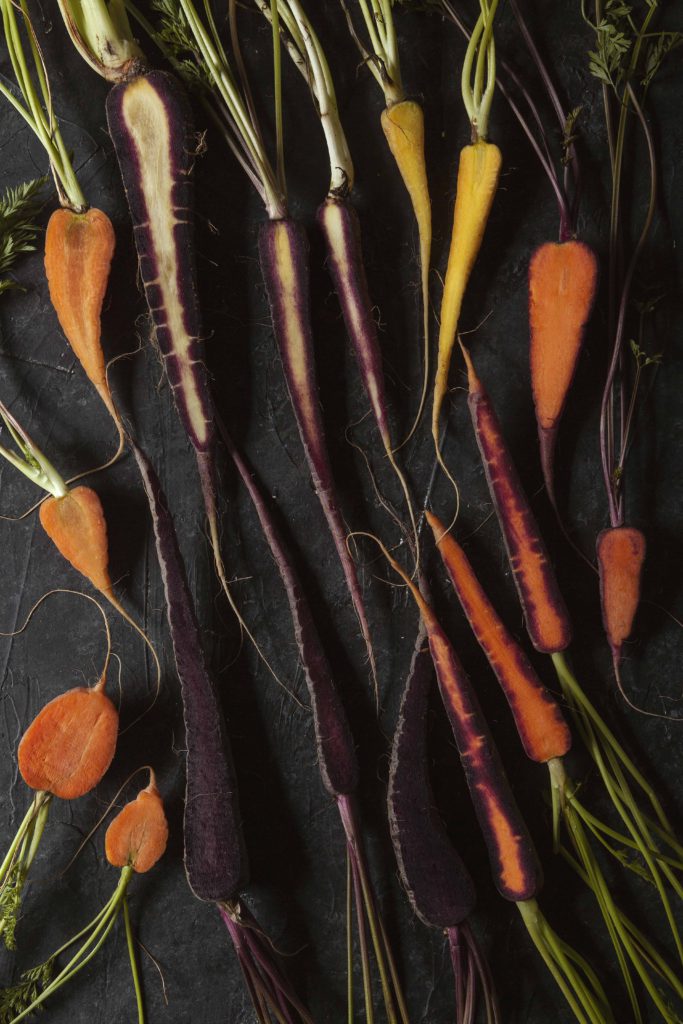 Monge says he cultivates crops in a climate-friendly way. He lived in Oxford for four years, one of the reasons he called his allotment El Desterrado (literally translated to ‘The Exiled’) and learnt the English mindset of developing activities and critical thinking.

Although he admits, without hesitating, he does not have an organic label by awarded the EU, he works with traditional techniques that are not invasive to the land. He experiments with new products until he achieves what works in his Navazo, “because farmers have to work with what they have”.

The Dutch farm Texel has developed an open-air lab to explore what people in Cadiz were doing for centuries. It says: “By developing saline agriculture as a serious alternative to traditional farming, farmers faced with salinization can reuse saline soils and continue cultivating crops for the growing food demand of the world population.”

This experiment can be exported to other coastal areas in developing countries, which will help with their agriculture. It has several projects in India, Pakistan and Kenya, for example. The target is to reduce food scarcity, which is one of the UN’s Sustainable Developments Goals. Hopefully, this traditional way of farming will help to sort a problem in modern society.