Many people question whether avocados, the world’s biggest superfood, are vegan due to the role of migratory bees in their production.

For those who do not practice veganism, and admittedly for some who do, what is and isn’t considered vegan is not as straightforward as it seems. For the most part, people will describe veganism as the practice of not using or consuming animal products. However, it does get slightly complicated for some products. For example, honey is not considered vegan by most. But there are other, not-so-obvious foods that have come under scrutiny among stricter vegans and are being labelled as non-vegan. One of these is everyone’s favourite superfood, avocados.

Yes, avocados are fruits and, on their own, they are as vegan as any other produce. The problem is not with the fruit itself, but with the way it is grown. The demand for avocados globally cannot be met by the earth’s natural production capacity. As a result, avocados, like every other fruit and vegetable, need to be farmed, and this is where the problem is. Many commercial avocado farms practice migratory beekeeping in order to pollinate their flowers, which eventually produce the fruit.

Migratory beekeeping is a practice in which beekeepers travel with their beehives to many different farms in order to aid in the pollination of crops like avocados. Unlike conventional beekeeping, which is done to harvest honey, the goal of migratory beekeeping is to pollinate crops in areas where farmers are unable to rely solely on wind or the native population of bees for pollination.

The main benefit that comes from migratory beekeeping is that since the bees are constantly moved around to pollinate crops, they are never lacking in pollen and nectar. However, some troubling drawbacks are also emphasised by bee website Complete Beehives.

Firstly, the stress on the bees from constantly having to move around can cause them to lose their queen. Additionally, because these bees are constantly transported on palettes in the back of trucks, they are likely to be mishandled. And the close proximity of the hives and their palettes can facilitate the spreading of disease and mites amongst the hives. 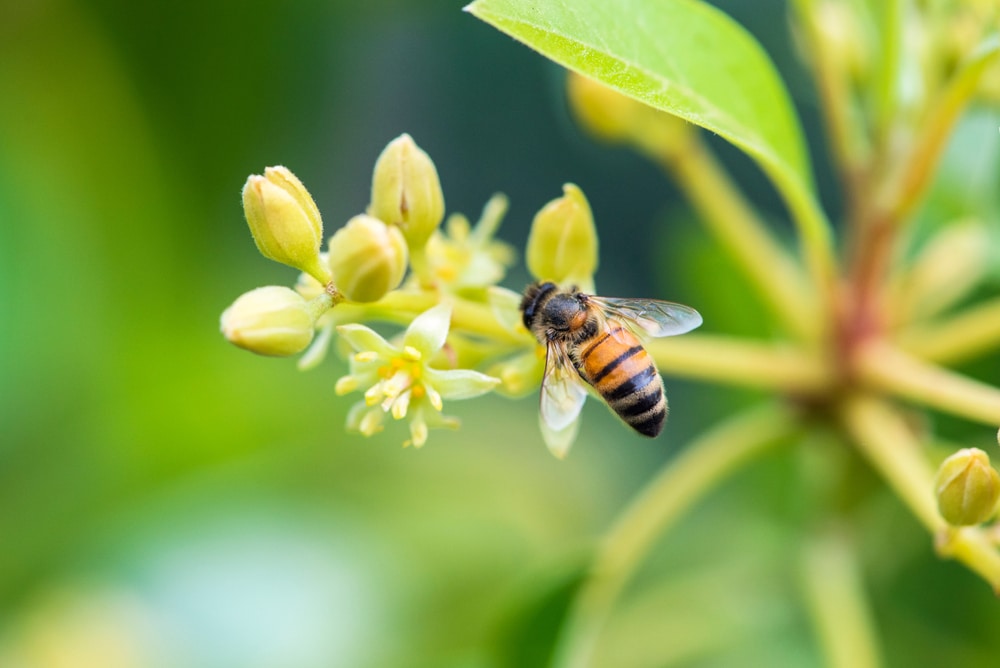 Furthermore, because the bees pollinate many commercial farms, they are often exposed to harmful pesticides used by the farmers, which can contribute to colony collapse disorder. Even if disease and mites were not a problem, the idea that any animal has to be hauled around in the back of trucks across the country for their entire lifespan would not sit well with any vegan against animal exploitation.

Realistically speaking, cutting avocados and all other fruits that benefit from migratory beekeeping out of your diet is probably not feasible. Instead, those concerned with the exploitation of bees can make a concerted effort to try and determine the source of their food to ensure that it comes from farms that do not make use of practices such as migratory beekeeping.

This is easier said than done, however, especially for larger food sources like supermarkets. Smaller retailers and farmers’ markets seldom sell produce that makes use of migratory beekeeping, and it is often easier to trace their fruits and vegetables back to the source. Ultimately, the decision rests on you, your views on animal exploitation and what you consider to still be vegan.