Kuntal Joisher: ‘I told myself I’d climb Mount Everest as a vegan, or not climb at all’

Kuntal Joisher, the world’s first vegan Mount Everest climber, talks how he reached the summit twice: on a plant-based diet, and then with vegan mountain gear.

Kuntal Joisher did what few would dare to, and no one has done before. He summitted the Mount Everest in 2019, following a 100% vegan lifestyle. This means no animal cruelty on his diet, but also none on his mountain’s gears: coats, boots, gloves, which are usually made from down and leather.

“I wanted to climb to the top of the world in the harshest conditions. I told myself I would climb Everest as a vegan or not climb it at all,” says Joisher.

Born in India in 1980, he belongs to a Gujarati family, which meant growing up on a vegetarian diet. Therefore, his diet never has meant any animal had to die. “I always believed that animals were sentient and emotional beings and had as much right to live freely and happily as we do.”

In 2001, he went to California to do a masters in software engineering. There, his roommate showed him how cows were raped continually to keep up their milk and how leather is made.

After that, he turned vegan. “I almost felt that non-vegetarians are better than vegetarians. Animals are just killed while the dairy animals are kept alive for a longer,” and this just makes their suffering last longer.

However, Joisher says that after being back in India, his lifestyle was like a standard neighbour from the next door with a regular nine-to-five job; until he went to the Hatu Peak in Narkanda. He and his wife went there with only the intention to see the snow, but it brought a bigger change on his state of mind: “So I started going to the mountains often and every time I felt the same: alive and at immense peace with myself.”

In one of these trips, he went to the Everest Base camp. He saw the top of the world on fire. “The last ray of sunset was falling directly on Everest. Every other mountain had faded out in colours of grey and blue, while Everest was burning in golden colour.” In that moment, he fell in love with the mountains and set his goal to reach the summit.

He did intense training sessions six days a week. Besides regular training, he hiked mountains nearby while simulating the Himalayas’ extreme conditions: long treks with no food or water. “The idea is things can go wrong when climbing mountains such as Everest, so it’s smart to train for these situations.”

Nonetheless, he recognises the most difficult bit was navigating through the emotions; he quickly felt homesick and looked for excuses to go back. So he tried to detach from his family and friends. “Even though everyone was against it at first, my wife and my mother supported me until the end.” 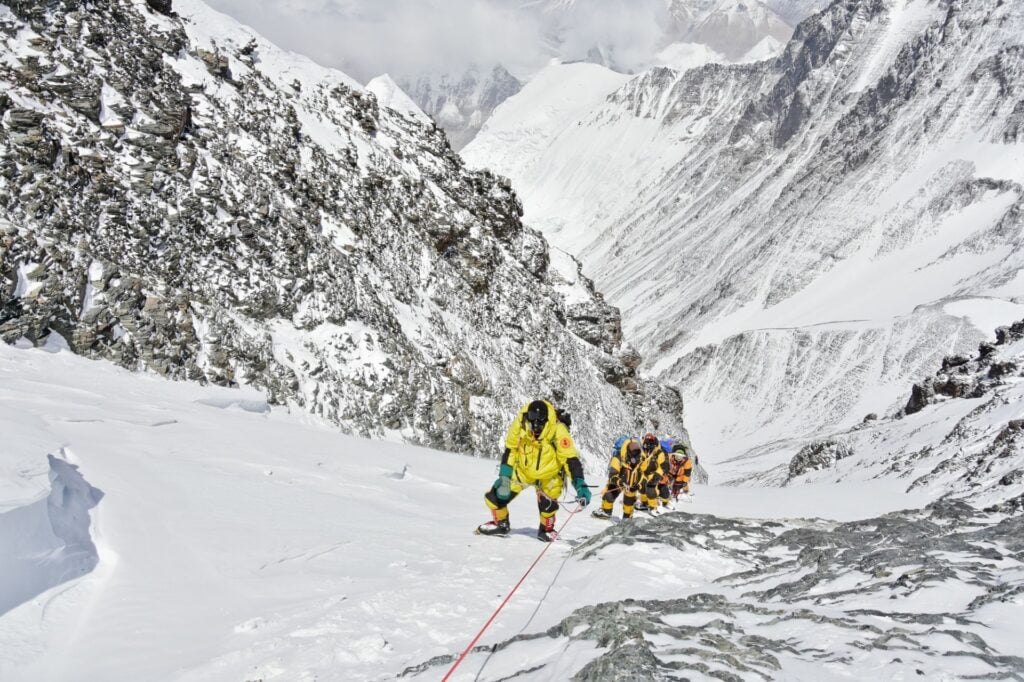 Regarding his diet, Joisher says he ate a lot of vegan junk food, including street favourites like vada pav, pav bhaji, and typical deep-fries. But when he was getting ready for the mountains, he drastically changed his diet to dried fruits, vegetables, fruits, beans, lentils, and whole grains. His breakfast would either be red poha, oats, or a chickpea omelette. For lunch, he’d eat a salad with lots of vegetables.

On the mountain, it is different. The NHS recommends males to take 2,000 to 2,500 calories per day, but above 5,500m, the human body needs to consume twice the amount. And at 7,500m, it requires up to 9,000 calories. He accomplished these amounts easily with local food such as stews and curries, fruits, lentils, beans, wheat bread, rice, potatoes, pasta, etc. But go higher, and things get complicated.

“Beyond Camp 2 [at the base of the Lhotse Face], I survived on fewer things: energy powders, freeze-dried meals, instant soymilk oatmeal, dried fruit and nuts. Also, Oreo cookies to keep the electrolytes,” Joisher says. He was a brand ambassador for Unived at the time: “I take their protein powder supplement. In addition, I take vitamins B12 and D3.”

So, in 2014 he attempted his first climb to the Everest, but that year, there was an accident that killed 16 Sherpas, thus all expeditions were stopped. He tried again next year. Then was a 7.8 earthquake that caused an avalanche with 20 dead and 80 injured. Joisher was at the base camp by then, and he didn’t think he’d live to tell the tale. 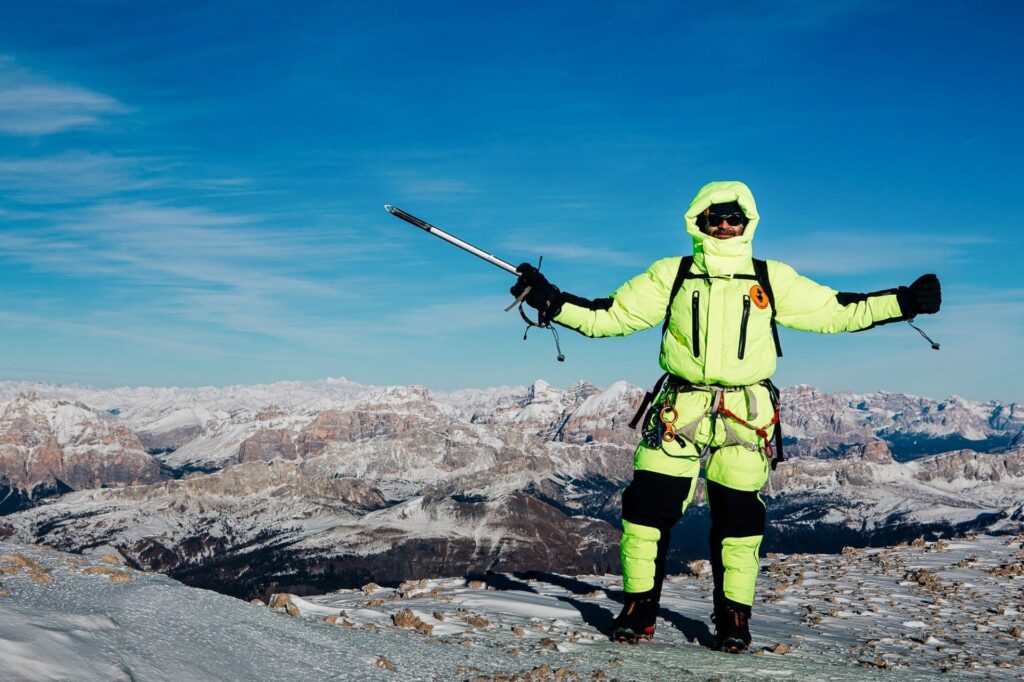 He reached the summit on his third attempt in 2016. Through the South Face (in Nepal), he summitted the highest point of the world. But even then, something was missing. “Sure, it is my personal dream, but I also want to make a statement that veganism works,” Joisher said in an interview with the Mumbai Mirror. “If I do it in the toughest conditions, then I don’t have to make a statement, it’s proof on its own.”

The point is, climbing gears, such as 100% animal-free coats, simply didn’t exist yet. He contacted several mountaineering brands until he found Save the Duck. They made a suit composed of 50% virgin plastic and 50% recycled plastic. Nonetheless, Joisher had to test the equipment before he goes to the Everest. Therefore, he tried in better conditions: Mount Lhotse, the fourth highest mountain in the world at 8,516m. A relatively ‘easy’ one.

Finally, on May 23, 2019, Joisher summitted the top of the world for the second time. The livestock industry generates 14.5% of global greenhouse gas emissions, uses up about 70% of agricultural land, and is one of the leading causes of deforestation and water pollution. This time, the climber’s achievement didn’t cause any animal suffering at all.

He went to the Himalayas for several years, and he notes the change that the mountains have suffered: “It’s important now more than ever to lead a more conscious, sustainable and ethical lifestyle to conserve our planet not just for ourselves, but also for the future generations.”

Juanele Villanueva
Juanele Villanueva is a freelance journalist passionated with Environment Affairs. He is originally from Spain and started to be interested in the Environment and sustainability when he was in his masters at the University of Salford. His goal is to share stories which change the general belief that being eco-friendly is just for wealthy people. Moreover, the vegan diet is the easiest step that everyone can do to reduce its environmental footprint. He is also interested in conservationism, recycling, renewable energies and environmental policies
Previous articleVegan candy: Big and small companies are cashing in on plant-based sweets
Next articleFrance allocates €100 million to develop production of plant-based proteins