Education is key to understanding the complexities of climate change. It’s also a fundamental part of spreading and encouraging the vegan movement. And where does education begin? Books.

Children’s author Ellie Jackson can’t remember when she first learned to read — she just recalls having her nose in a book everywhere she went. “I’d do the vacuuming while reading a book, wash the car while reading a book, every chore entailed a book,” she says, laughing. She tells me about the importance of books in keeping imaginations alight and the role they have in empowering future generations. Luckily for her, Jackson’s children always choose books over iPad time.

Tina Newman, author of the Vivi the Supervegan series, first started writing books because she struggled to find something accessible to her infant daughters, who were embarking in veganism alongside their parents. After being vegetarian for 21 years, she discovered the reality of the egg and dairy industry and went vegan overnight. “The whole vegan message is quite a hard thing to approach for children, which is why I decided to write something myself.”

Ruth Greenwood is a primary school teacher, and the author of the veganism-centric book I Don’t Want to Eat Animals Anymore! She wrote, illustrated and published the entire book herself, learning everything via YouTube, and hopes to inspire people to make their own success. “If there’s something you want to do — you can just do it.”

Bedtime stories: a dying past time?

Reading, writing and story time are all prevalent in Jackson’s, Newman’s and Greenwood’s households. But the past decade has seen an increasing exponential relationship between technological progress and book consumption.

Newman and Greenwood both feel bedtime stories are a dying activity. “Everybody has such busy lives, and parents are more often than not both working,” says Newman. “It’s a real shame.”

“Technology stifles our imagination. I woke up this morning and had all these ideas and I think it’s because I’ve been reading again,” Greenwood explains. 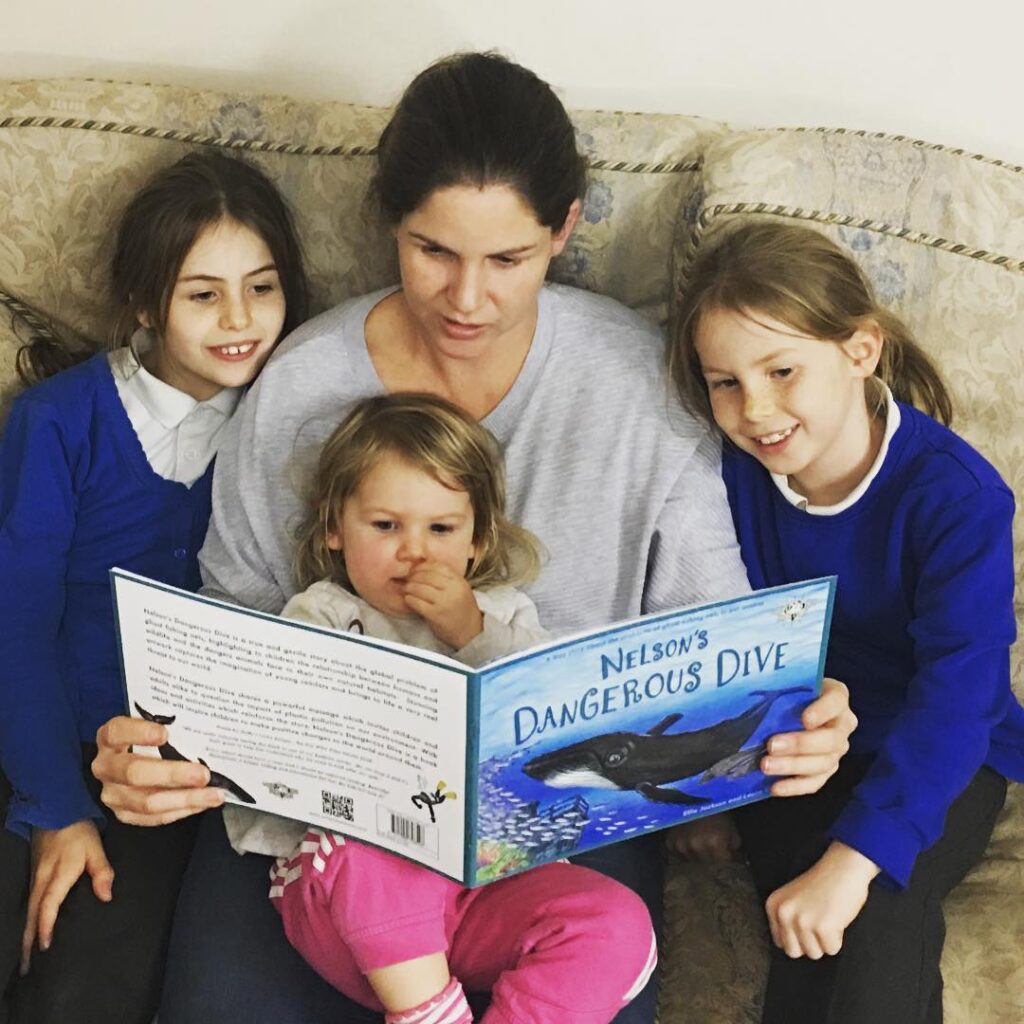 Jackson, who joins me as she ventures out on one of her routinely litter pickings, disagrees with this observation. “I’m 100% convinced that there’s still time in the day and bedtime stories give children and adults to unwind and relax together.” She says building a routine is the best way to find time but knows not everyone might have the patience for this. “I don’t know if we’re fighting a losing battle, I really hope not,” she adds.

Research shows Gen-Z is the most politically outspoken generation in history, ranging from climate change to race. Greenwood’s daughter, who is 16, falls into this category.

“We just jumped on the vegan journey together,” the author says. She raised her daughter as a single mother, and the two of them travelled through Morocco, Spain and throughout England together. As an infant, she loved stories, and together they would get lost in reading, as well as inventing their own.

“Then she went to school, and she just stopped loving reading: it switched her off,” Greenwood says. The writer has seen this firsthand, as a primary school teacher for a lot of her career. She says the problem begins when children are forced to read from the age of seven. The books are often something they don’t choose, and paired with “mind-numbing” homework. 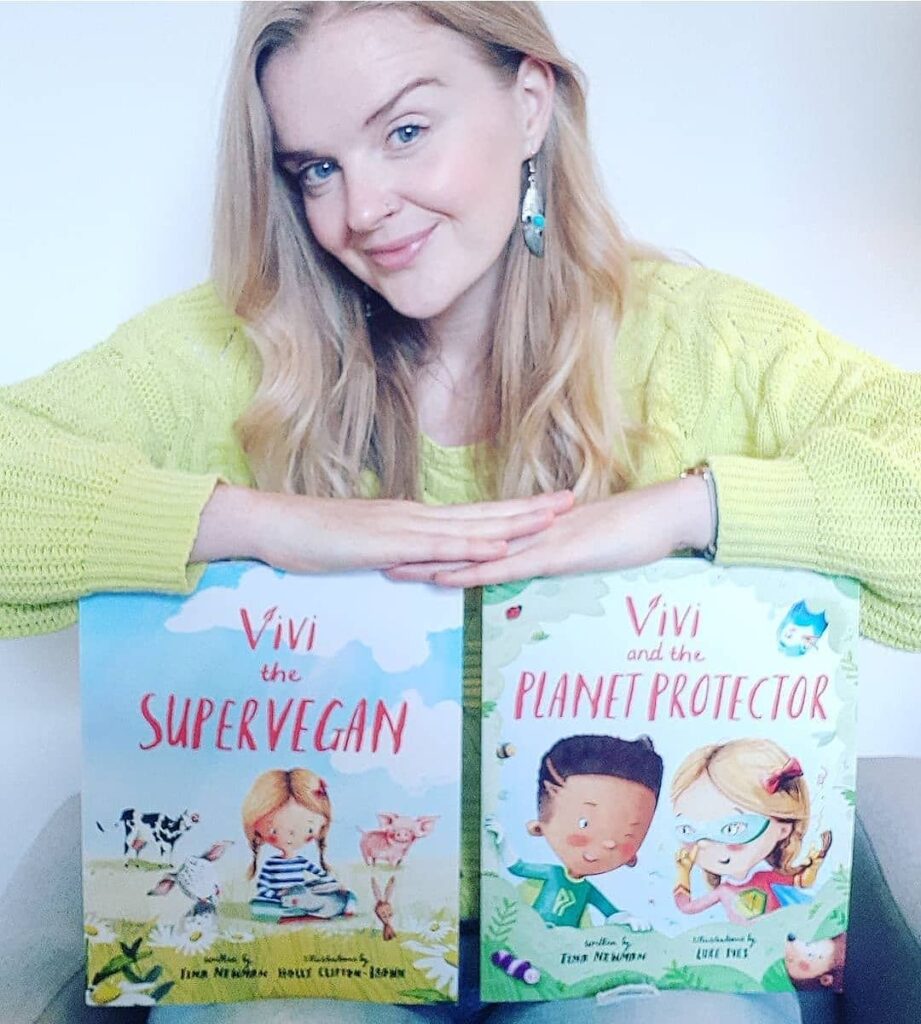 Newman believes a healthy mix between loving books and screen-time needs to be established. Reading as a family with open conversation is something she encourages at home. She says that, much like adults, slouching in front of a TV is something children prefer to do more and more. But she adds that if adults can set examples for their children by reading too, this could ignite their passion for books again.

“Adults should read more because children are always looking and copying. You should be reading anyway for your own wellbeing, educational purposes, or just to switch off from life and screens feeding you information,” Newman adds.

But what if the book isn’t even good? “You need a story that has a heart to it, a strong message, rather than just empty words to fill pages,” explains Jackson. She is a big fan of the classics — Sherlock Holmes, Roald Dahl, Enid Blyton — and continues to choose these over some of the “churned out and mass-produced books” filling bookshops nowadays. Like Greenwood, her children have brought home books that bored her within minutes of picking them up. “But when you read a book written 50 years ago, the language used is often so much richer.”

Newman and Jackson confess they still love Enid Blyton, while Greenwood says she would happily sit in a corner with a Roald Dahl anytime. They all agree that giving children a choice is the best way to get them into reading. “And if that doesn’t work, just get an author to come in and talk to them,” says Greenwood.

‘A picture tells a thousand words’

The authors agree images play an indispensable role in breaking down a story’s message: especially something as complex as climate change. Newman says the first piece of advice she ever received was: “Get your main point across and let the illustrations do the rest of the work.”

Children love mischief, fun and magic. If these factors are incorporated, communication flows easily. It’s important that images in books about veganism are inserted sensitively though, so kids don’t feel burdened. 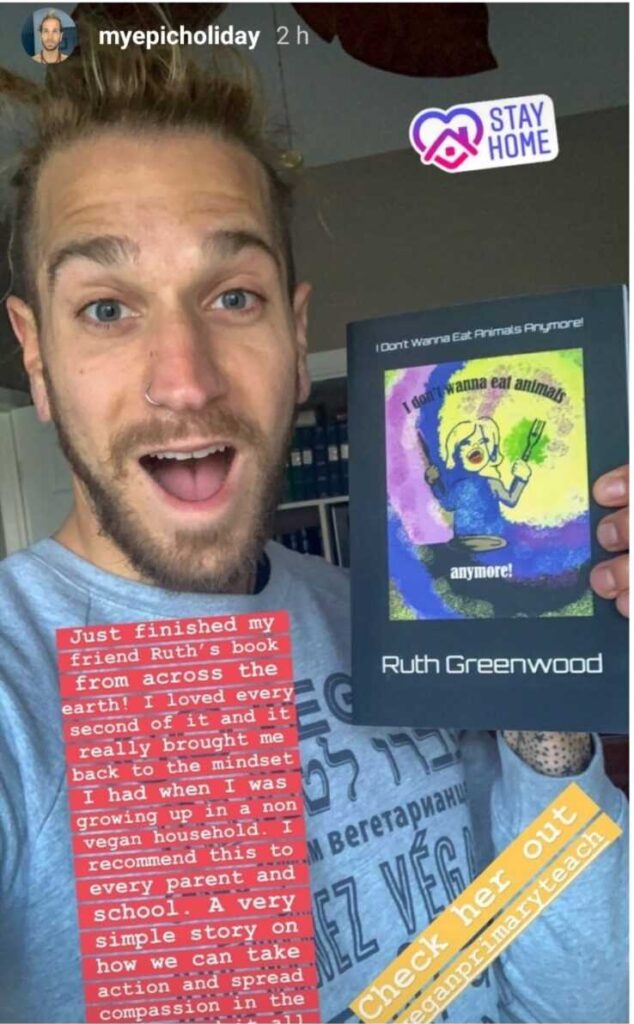 Greenwood acknowledges dyslexia and the different reading speeds children and adults have. “One image can say a thousand words,” she says. “But I also factor in honesty, truth and real-life experiences.”

Real-life images can be quite daunting for children, but with pictures, children don’t have to imagine the scale of animal cruelty or environmental disasters themselves. “It’s absolutely key to have something that softens the message,” Jackson says. And the quality is key here too. Jackson says without powerful illustrations, holding their attention off the iPads will be a challenge.

Newman sees books surrounding veganism and climate change as an opportunity to empower children: “Suggesting things like reducing their carbon footprint, and turning vegan as a way to lessen impacts will provide them with positive solutions — rather than making them feel hopeless and scared.”

“What’s the point in lying to children?” asks Greenwood. As long as it comes from a place of love, they should be taught about the realities of the planet’s issues from a young age. “Children are already exposed to so much online, they’ve seen some pretty scary stuff.”

But we need to draw a line between teaching and scaring our children. Eco-anxiety, which is described as “a chronic fear of environmental doom”, is more prevalent than ever. Jackson believes social media is its biggest driver. “You see all this doom and gloom. Adults feel it. I know I feel it. But it’s crucial we don’t overwhelm our children. The minute that happens, they will switch off.”

She uses her characters to put these issues into perspective. Duffy the Turtle, who breaks down our ocean plastic pollution problem, has become a useful tool even with her own children. Her now-three-year-old already understands where rubbish goes, simply because she doesn’t want turtles like Duffy to suffer. Veganism-related books like Jackson’s ensure children have these morals ingrained in them from the start.

Greenwood didn’t give her daughter a phone for years because she was afraid of the effects of social media and constantly being connected. But she eventually gave in to social pressure. “They can never really escape from that environment,” she says.

Jackson says the Internet has definitely altered the level of responsibility a child has these days. People find out shocking information from across the world in a matter of moments, and Jackson adds: “Once you’ve got your eyes open, it’s difficult not to keep them open.”

They agree that children should be allowed to be children — and to have the same freedoms that they had as young girls. But we are in an ever-growing politically active world, where young people are being encouraged to take part in issues, not stay ignorant. “It’s not our children’s responsibilities, it’s everyone’s. But it’s their future more than ours,” says Newman.

Jackson describes a beach she went to as a young girl: an isolated island, full of treasures, with nothing between it and America. “It was the best beach in the world. We found bottles from Mexico and Amazon rainforest seeds, but we picked things up and left them there.” In the 80s, nobody made the connection that rubbish did not have a place on a beach.

Recently, the author took her five-year-old daughter there. She didn’t see it as a treasure trove. “’Isn’t it a dump? We need to clean it up,’ she told me. And that’s just one generational difference between me and her,” Jackson continues.

Greenwood believes if we give children the tools to take on the planet’s problems — like books about veganism and climate change — the benefits will come back around. “That’s what the circle of life should be about: a continuous cycle of love and giving,” she says, smiling. “They do have the power to make huge changes, but they don’t know that. If we can support that, they can be the voice the world needs to hear.”

Are Holocaust comparisons doing more harm than good to veganism?