9 instant noodles from Asia that are surprisingly vegan

An Asian staple, instant noodles and ramen typically contain meat and other animal products. Here are some that are naturally vegan.

Typically, Asian instant noodles have the best variety, whether it be flavours or vegan options. Deciphering the mile-long labels can be a herculean task in itself, with all the unfamiliar additives and strings of letters and numbers. Most options are, unfortunately, flavoured with animal derivatives. On the bright side, there are a handful of vegan options to reach for whenever the craving strikes.

As there are more vegan options now than ever before, it is always worth looking for new options, as long as you check the ingredients carefully first. Disodium guanylate (E627) is a flavouring that is commonly used, and is usually derived from fish.

However, it can also be derived from yeast or algae, but unless the brand specifies otherwise, assume it is non-vegan. Palm oil is a point of contention within the community, so it is important to note that most noodles contain palm oil. In addition, as with most processed foods, cross-contamination may occur, as is denoted by warnings on the label.

Paldo is a Korean brand mainly known for its noodles. The brand has made its rounds on social media, with the rise in spicy noodle challenges and mukbangs. Fortunately, for plant-based eaters, the brand is surprisingly vegan-friendly, offering a range of delicious flavours, meaning no one misses out. 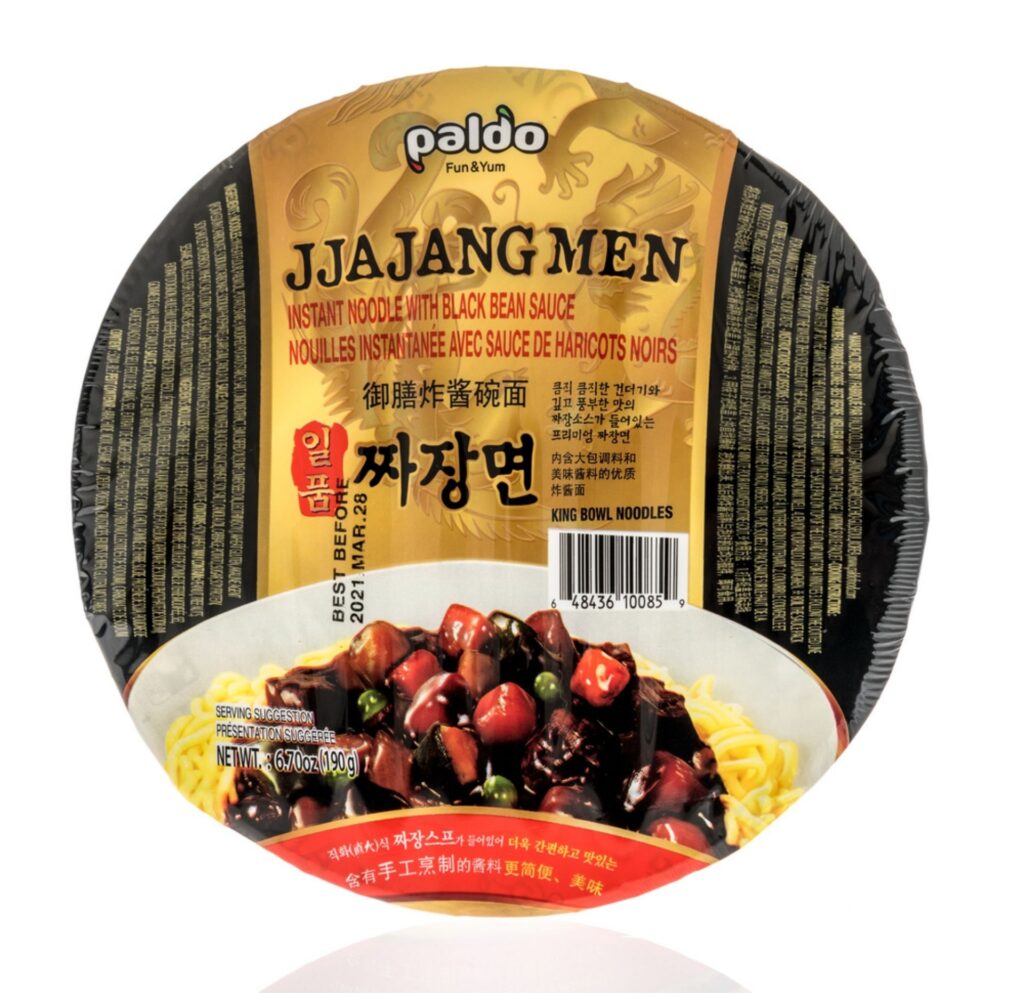 Jjajangmen is a Korean favourite. The dish is comprised of noodles smothered in a savoury black bean-based sauce cooked with diced vegetables and usually chopped meat. It can be difficult to find vegan Jjajangmen, but luckily, Paldo’s instant noodles are vegan, substituting the usual meat with soy pieces. This version is just as rich as its non-vegan counterparts.

For something a bit more basic, Paldo’s instant kimchi noodles are vegan too. Unlike the Jjajangmen, these noodles are your typical soup-based ramen.

Bibim Men are also another type of Korean noodles, although they are served cold rather than hot. The noodles are tossed in a typically spicy sauce. With Paldo’s noodles, in particular, the sauce is spicy and somewhat sweet, which can take some getting used to for those trying these for the first time. As advertised on the packet, the sauce is formulated with apple juice. However, don’t be fooled — these noodles pack a punch of heat. 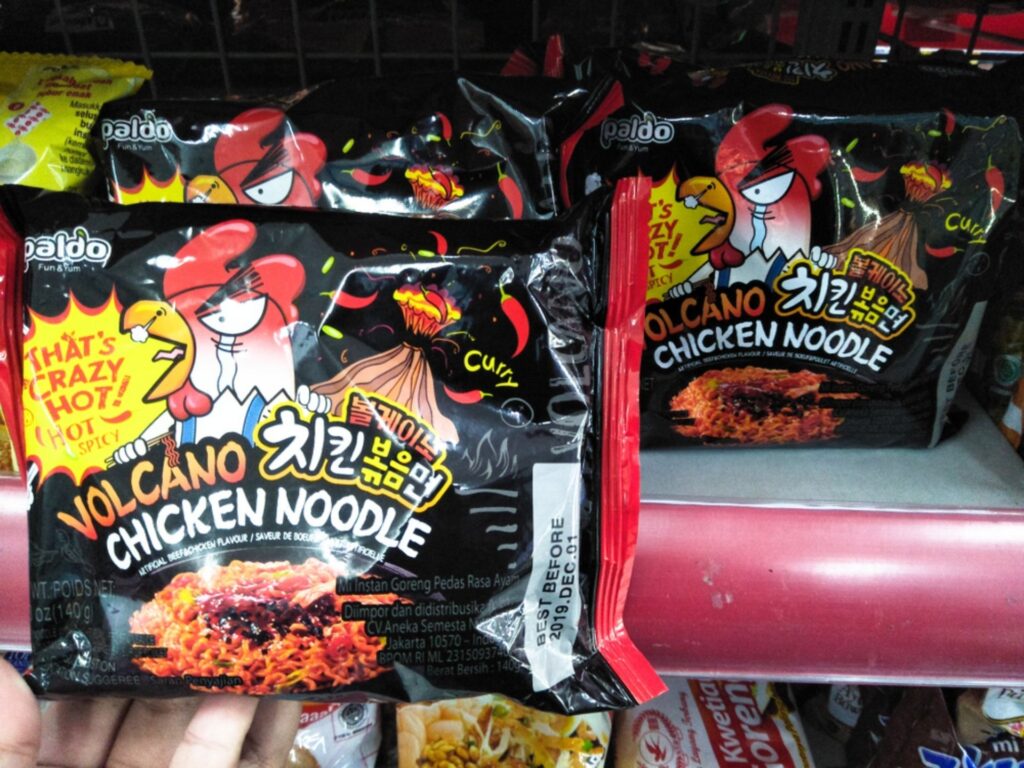 Despite the name, the noodles do not contain actual chicken, but instead use artificial chicken flavouring. For a taste of the sort of infamously spicy Korean noodles that is featured in challenges, this is a viable option. Note that this is not your default spicy noodle, as it is curry flavoured. 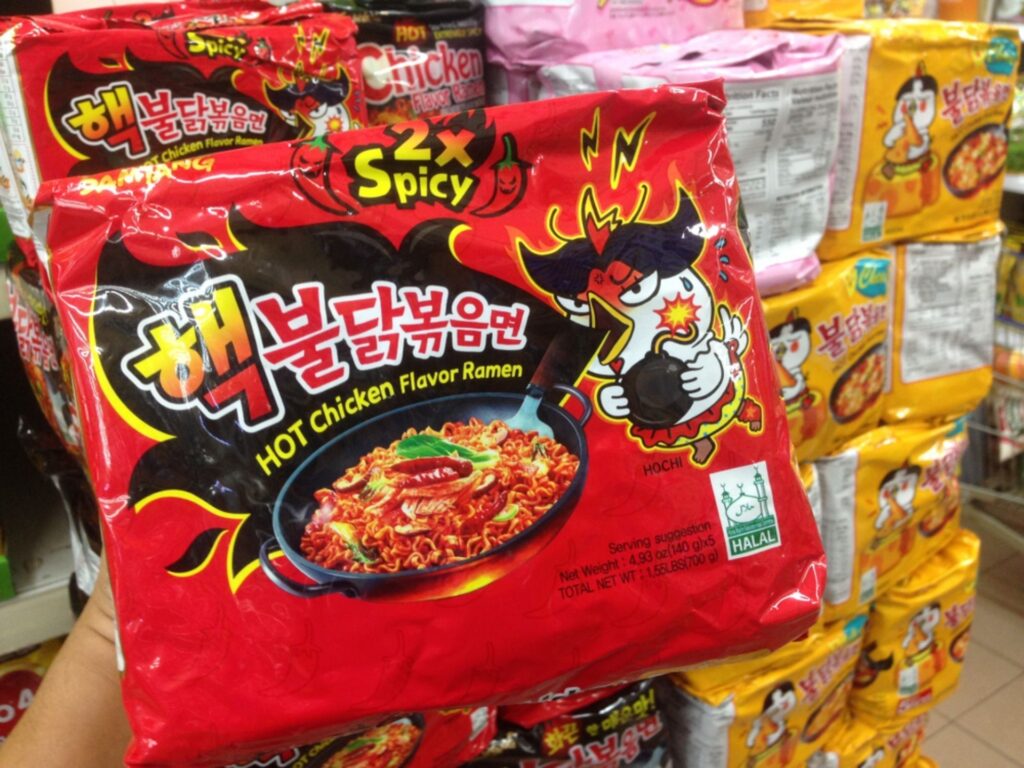 Speaking of infamously spicy Korean noodles, Samyang is best known for its range of painfully hot noodles. The brand’s noodles are prominently featured in a variety of challenges. However, the regular noodles are, unfortunately, not vegan, as it contains actual chicken-derived flavouring.

Only the 2x spicy flavour is vegan, utilising artificial flavouring rather than animal products. For those brave enough, try these 2x spicy noodles, which, as the name advertises, are twice as hot as the original pack. A word of warning: these noodles are not for the faint-hearted, as they are a whopping 12,000 Scoville units.

Nongshim is another Korean brand that offers a few vegan options. And this instant ramen is vegan. For those looking for a comforting, classic broth-based ramen, this one is a safe option. It is not ridiculously spicy, but does have a touch of heat.

For another kimchi ramen option, look no further than this. The seasoning pack contains kimchi flakes, making the noodles naturally vegan. 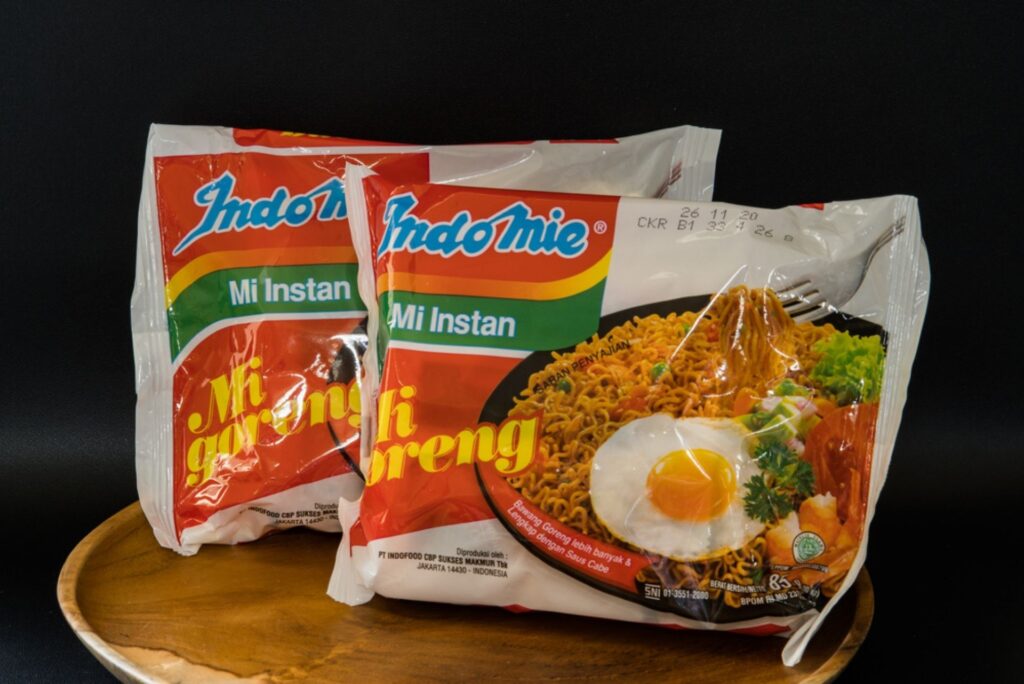 As a deviation from the usual Korean instant noodles, these Indonesian noodles are just as good. Mi Goreng refers to fried noodles in Indonesian. These noodles are not soup-based and are meant to be drained.

Each noodle pack comes with a dry seasoning packet and condiments, which includes sweet soy sauce, fried onion oil, and chilli sauce. These noodles are an international favourite and it is not hard to see why. As well as the original flavour, the brand also has multiple variations, including a soup-based option. Indomie confirms that its products are suitable for vegetarians, and the ingredient list suggests that they are also vegan. 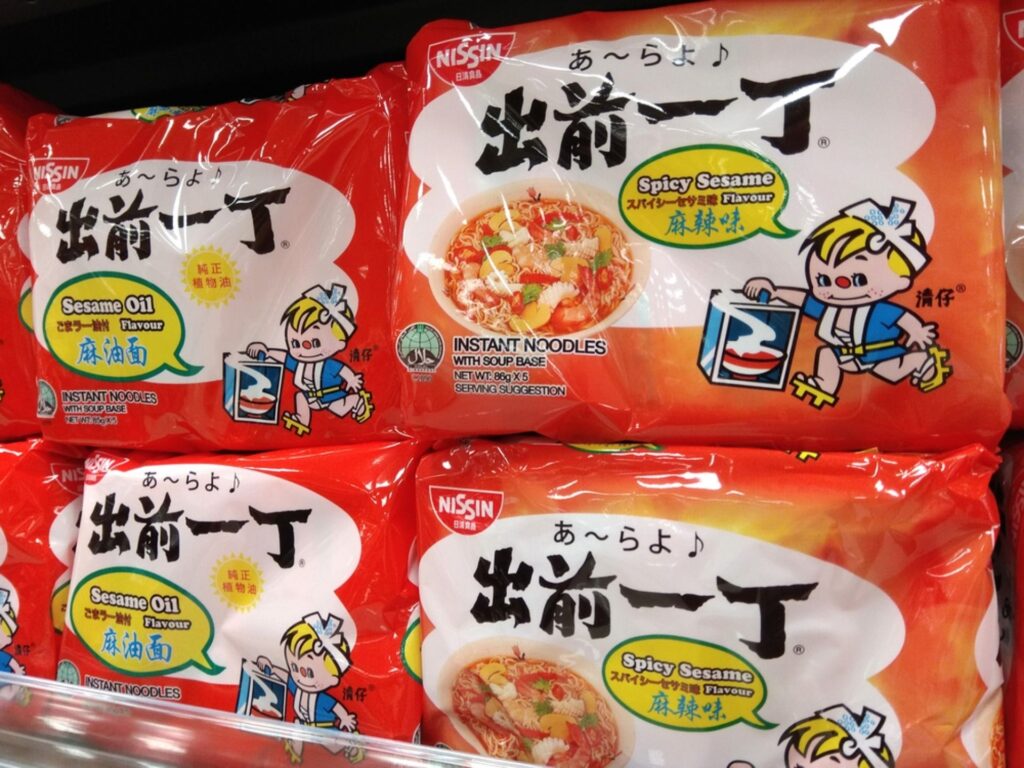 These soup-based noodles are based on Japanese, rather than Korean, ramen, unlike the previous noodles on this list. This particular flavour is a Hong Kong favourite, and is also vegan. The brand also offers multiple other vegan options, including some flavours in its ‘Top Ramen’ line.

Where to buy vegan ramen noodles in the UK

If your mouth is watering at the thought of trying any or all of these brands, you are in luck as they can all be sourced in the UK.

Lok Yi Siu
Lok Yi is a student born and raised in Hong Kong, with a strong passion for animal welfare and the environment. She believes in making veganism accessible to everyone. With a love for cooking, baking, and eating, she hopes to introduce the world of veganism to others through the power of irresistible food.
Previous articleTrump and Biden clash over climate change in the first US presidential debate for 2020
Next articleFreshwater-free textile: A supply chain game-changer